It has been written: "A fantastic musician who always plays straight from the heart" - and to which we can all readily agree! Over the years he has developed his dynamic and energy-loaded, slightly melancholic and melodic trumpet style until he can express what he feels when he feels. This applies when he plays a standard by, say, George Gershwin, Cole Porter or Duke Ellington. And it also applies when he plays some of his own original compositions, tunes with a distinct accent on melody, ”my own standards” he calls them.

He has made eight CDs in his own name, been nominated to a Swedish Grammis and received the most prestigious award one can achieve in Swedish jazz, Orkester Journalen’s ”Gyllene Skivan – Golden Record” for two of his albums ”Lochiel’s Warning” and ”Asplund Meets Bergstein”.

For very good reason he is one of the most sought-after musicians in Sweden. He appeared on the scene in the early Nineties. At the same time soul music was experiencing a revival and pop music began to include elements of jazz. Peter Asplund was one of the obvious but few soloists to be invited to provide that flavour on more than 200 recordings.

It is Peter Asplund’s philosophy that development comes from trial and hard work. To become an artist it is also necessary to be a craftsman. The one gives birth to the other and somewhere along the way one’s personal voice and manner of expression begins to appear.

In Peter Asplund’s case, this came early on. He was a young prodigy who quickly went from strength to strength. From there he has steadily developed and refined what has always been present. It sounds easy - and may have possibly been that, but it would not have happened without much diligent work.

Although constantly in demand from many, first and foremost it is Peter Asplund–jazz artist. He has been leader of several of his own groups. Of these, perhaps he is best known for the successful years with his quartet comprising pianist Jacob Karlzon, bassist Hans Andersson and drummer Johan Löfcrantz Ramsay. With them and other groups he has toured Sweden and abroad and played everywhere from small clubs to concert halls and festivals, toured around USA, Canada, England, Germany, Australia, Poland, Switzerland, former Yugoslavia, Romania, Ireland, Mexico, Argentina, South Africa, Japan, and of course the other Scandinavian countries.
But Peter Asplund has not only fronted his own groups and projects, he has also been for many years a central member in two of Sweden’s foremost big bands - Tolvan Big Band and Stockholm Jazz Orchestra and, together with saxophonist Magnus Lindgren, he also leads Blue House Jazz Orchestra, the Stockholm Concert Hall’s own big band.

In 2007 Peter Asplund surprised the jazz world when he made his debut as a jazz singer. He quickly advanced to become one of Sweden’s best jazz singers in the swinging footsteps of Frank Sinatra and Mel Tormé. After a dynamic scat duet with singer Deborah Brown, she suggested without hesitation that he should make a recording to show how a male jazz singer really should sound.

As though this was not enough, Peter Asplund is also a sought-after teacher and pedagogue, busily- engaged with a unique ability to share his steadily increasing knowledge with others. For many years he was trumpet teacher at the Royal College of Music in Stockholm and he regularly holds clinics over the whole of Sweden.

Peter Asplund is also a keenly sensitive producer who is increasingly active for jazz recordings. 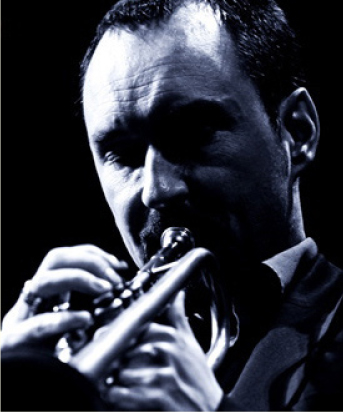